One of the best parts of doing this show is discovering new music being made by talented Catholic artists. Well, there’s no questioning the Catholic background of our new featured artist this week – Fr. Kevin McGoldrick.

Fr. Kevin has been a Catholic priest for over 10 years and a musician for over 30. When he became a priest, he knew it meant that he’d probably have to give up music. But the Lord had other plans, and over the past three to four years he’s entered a new phase in his musical journey. Following a successful IndieGoGo campaign, Fr Kevin’s debut album “Square Peg, Round Hole” is a bluesy and joyful work of art with 10 amazing songs that bring the true, the good and the beautiful right into your ears. 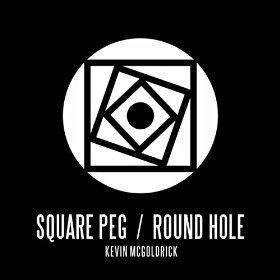 Releasing sometime in October, “Square Peg, Round Hole” is available for pre-order right now on iTunes and Amazon. We happened to get our hands on his music a little early because we supported his fundraising campaign last year, and now we’re excited debut “Jesus You Are Beautiful” in our 100th show special! Look for the show out now on the Catholic Playlist mobile apps and iTunes podcast and to be posted here tomorrow!

To learn more about Fr Kevin go to kevinmcgoldrickmusic.com, and pre-order his debut EP “Square Peg, Round Hole” now at iTunes or Amazon!