Some of our listeners have asked if the show is now defunct or will any new shows be coming soon. It’s amazing to me anyone would enjoy the show so much they’d miss it when it wasn’t there and I’m genuinely touched by the concern shown by so many. So let me alleviate your anxiety – the show is not defunct – I love doing the shows and they will go on and new shows are coming this week. I’m striving to continue to do new shows for as many consecutive weeks as I can, but I won’t be perfect. Many of you don’t know this, but in addition to being a permanent Deacon serving my home parish in Ohio, I also work full-time as an Instructional Designer producing e-learning courses for a post-acute healthcare company, which happens to be over an hour away from my home. I’m also the General Manager of our local Catholic radio station, where I take care of all the operations, programming, spot production, support and annual pledge drive. Which leaves 1 evening a week to produce two 60 minute music programs and another evening to do all the social media and website postings, which happens to take a LOT of time (and is one reason why I’ve never been able to get a weekly e-mail update out to 1,500+ subscribers who want to know the latest happenings in the Catholic music scene).

So I hope you’ll forgive my decision to post the last 4 shows in one group instead of 4 individual posts. While I know it’s not ideal, at least the show widgets will be posted and I’ll highlight the big new releases. To start, playlist show #190 was released during Lent and has no music debuts, but it is one of the first times we play “Liberty to Captives” from Dee Simone and “Jesus, Meek and Humble” by Ben Walther & Sarah Hart. 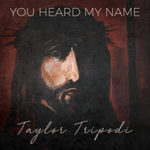 Playlist show #191 is the first Easter playlist of 2018 and so we made sure it was filled with lots of songs with alleluias in them, including “Sing Alleluia” by Cooper Ray, “Sing Hallelujah” by Josh Blakesley, and “Hallelujah Sing” by Out of Darkness. Notable in this playlist is the debut of a single from Taylor Tripodi, “You Heard My Name”, and we include a sound clip of her telling us the inspiration of the song.

Playlist show #192 continues an Easter theme for the season with songs like “All Things New” from Pasquale Talarico, “Deliverer” by Audrey Assed, “Arise” by Dave Moore and a classic from PJ Anderson, “Set Me Free”. 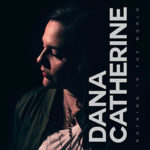 Playlist show #193 offers the debut of 4 new singles led by the much anticipated release of Dana Catherine‘s new EP “Nothing in the World“. Hear the title track plus her popular single “My Savior in Me” which can be found on the EP too. Matt Faley released a new single titled “Jesus, I Trust” and Ricky Vazquez dropped a new full length album too. We chose “Brave the Storm” to play from his “Ghost of You” album. Finally, E.P.I.C. the Band released another EP, “Creation: Wave III”, and we selected “Divine” for the playlist.