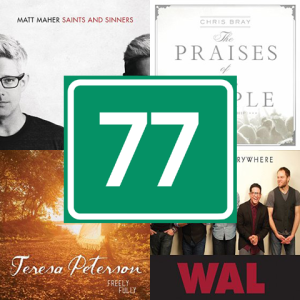 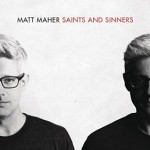 Matt Maher released his new album titled ‘Saints and Sinners’ on March 17th and it does not disappoint. In fact, it’s hard to pick one or two favorites from the album because the music is so good. We got our hands on the deluxe edition which has a 18 tracks, for over an hour of music goodness and inspiration. We start the playlist with his first radio single ‘Because He Live (Amen)’, and then later in the playlist we picked ‘Everything Is Grace’ for an encore. We think you’ll like it. 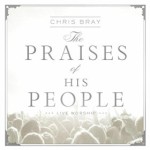 On the same day Chris Bray dropped his new album called ‘The Praises of His People Live’. Chris’s latest work reflects his desire to “create a project that enables people to be able to enter into worship with God. The goal of this record was to create an experience that Christ followers could worship along with in their car on their way to work or throughout their day and feel like they are part of a larger church, together worshipping our Creator.” So he assembled a group of worshippers together and captured an evening of praise singing their favorite worship songs: songs like ‘10,000 Reasons’, ‘Our God’, ‘Lord I Need You’, ‘Your Love Never Fails’, ‘Oceans’ and more, including the one in the playlist, ‘Great Are You Lord’. 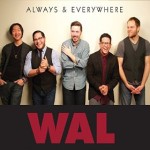 Not only did Jacob & Matthew Band release a new EP on Marth 12th, but they also announced a name change to WAL. According to their new website walmusic.com, after 12 years being known as Jacob and Matthew Band, they have decided through prayer and discernment to rename themselves to WAL. In going this new direction, they said that “God sees all of us, wonderfully made, and wants us to know that we are loved. This love is what propels us to share His love with other people, through music.” The new EP is titled ‘Always and Everywhere’, and in the playlist is the title track, ‘Always & Everywhere’.