I took a few weeks off from producing shows to do something a little more important, like being ordained a permanent deacon in the diocese of Toledo:

It was truly a blessed day and one I will never forget.

The good news about not producing a new show for a few weeks is that this show is stuffed full of new music released during this time. As I mentioned last week, Matt Maher’s new album Echoes is out and it’s crazy good as you might expect. Mikey Needleman and John Finch also have new albums, and Shaun Garrison released a new single too. 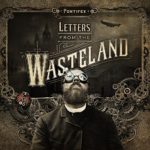 But my favorite new release comes from Pontifex, who’s album Letters from the Wasteland, Vol 1 is a tour de force of Catholic hip hop. Fans of this genre of music need to get this music in their ears, and if you have young people in your life give them this music. It may reach them in a way that no other kind of music can. I picked “New Day” to share in the playlist because it has the best sound for Catholic radio, a place where hip hop/rap is never heard. Enjoy!