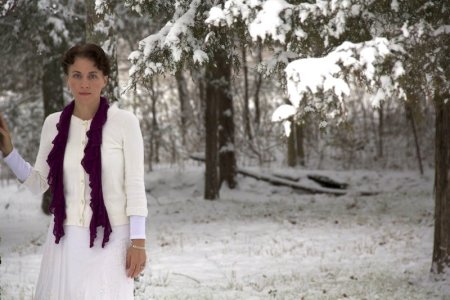 Our song for the week of October 20th 2014 is “Praying With A Broken Heart” from Sarah Hart. This song is from Sarah’s most recently released album titled Above Earth’s Lamentation, her eighth as a solo artist. She not only records her own music, but also writes songs that have been most recently recorded by Amy Grant, Celtic Woman, Matt Maher, Jason Crabb and The Newsboys. Amy Grant’s recording of “Better Than a Hallelujah” (for 2010’s Somewhere Down the Road) earned Hart a Best Gospel Song Grammy nomination. Her songs appear in hymnals all across the world, and in October of 2013, Sarah was invited to perform for Pope Francis and a crowd of 150,000 in St. Peter’s Square. I’d say it was about time that a Sarah Hart song was named Catholic Playlist Song of the Week!

To check out all of Sarah’s music, check out her listing on iTunes: